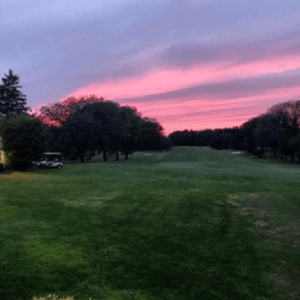 Cumberland Golf Club is a golf course in Carlisle, Pennsylvania. Historically, Cumberland has experienced difficulty generating consistent revenue throughout the week. Similar to other entertainment businesses, they were at maximum capacity on weekends, but that traffic tapered drastically on weekdays, especially Monday.

TopLine Growth was able to optimize the target market and acquire a share of the available market, fulfilling Cumberland’s needs and creating a new “busiest night of the week”.

First, TopLine evaluated the current volume of traffic. Through analyzing other course’s leagues, the team was able to identify a need across multiple courses: golfer commitment. Today’s golfers cannot or will not commit to playing every week for an extended period of time.

Learning the aforementioned fact, TopLine decided to differentiate to accommodate today’s golfer and decrease the league from a traditional four person league to a two person league. Two friends or family members can join or teams of four can sign up and alternate weeks. This differentiation widened the pool of potential participants, stacking the odds in Cumberland’s favor. Boutique gyms such as CrossFit, F45, and Orange Theory have penetrated the market using a similar strategy and have experienced great success.

From here, TopLine’s team took the course’s handwritten current league lists, collected emails, and entered them into an online list. This list was then run on Facebook as a “look alike” campaign where Facebook’s algorithm could automatically find people similar to those already involved in Cumberland’s leagues. Once Facebook established possibly interested golfers, one of four ads for Cumberland’s Two Person League would appear on their feed. Each of these ads linked directly to a landing page where participants could sign up and all of their information automatically stored in TopLine’s CRM.

As a result of utilizing TopLine’s process and information, Cumberland’s league generated a 2,800% return on investment. The club spent less than $200 on a Facebook ad campaign and was able to garner 32 individual signups.